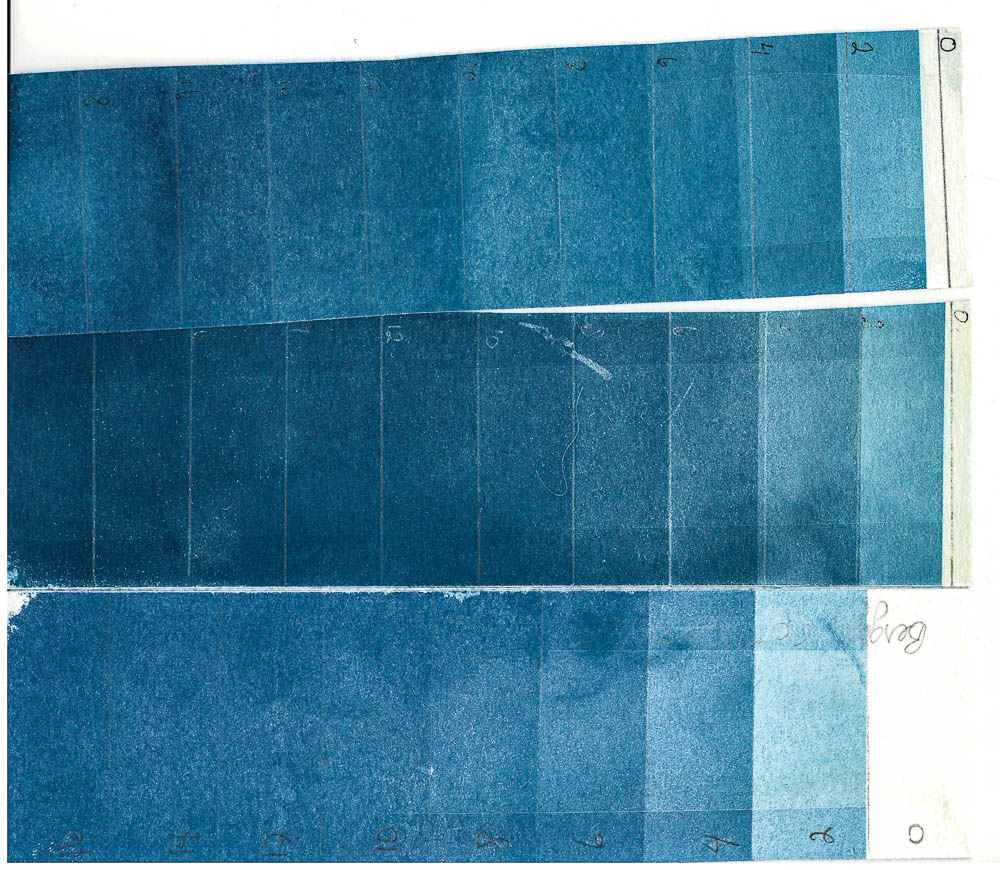 I don’t know. They’re just not as pretty as the one in the book, so I’ll have to get over it. I did two new test strips today in usual fashion: at the same time as I was making Ina Garten’s Provencial Potato Salad to take to John and Irene’s for their impromptu Memorial Day Party. Do not, I repeat, do not try this at home: fooling with cyanotypes at the same time as doing laundry or making food.

I’m becoming frustrated with my inability to coat the paper evenly, but the results seem to all be the same: the greatest exposure is achieved after 12 minutes. It doesn’t look much different after that.

But I DO like the color of the two coats better, much richer and more even.

Tomorrow, I’ll be on to greyscale tablets. (Did I say that yesterday?)